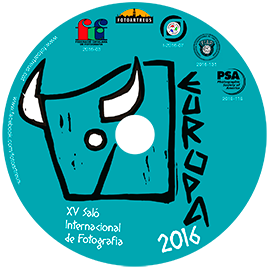 Here we are again to present a new edition of our EUROPA Salon, which never ceases to renew itself. It was born in 1973 and we recovered it in 2012 after a long break.

The philosophy of the Salon has been preserved from the beginning: opening a window to the world to let fresh air in, as well as new ideas beyond our borders.

When created in 1973, EUROPA was especially suggestive and daring as we were a closed country in a strict regime with no freedom. This Salon represented the chance of insight beyond our limited world.

Nowadays, in a supposedly more liberal regime, it once more allows us to look outside, towards Europe and beyond. Taking into account Europe’s founding values, it is not going through its best moment. In spite of this, it is still a reference and destination for Catalonia.

We would like to create a new country based on cleaner and fairer values. In this frame of mind, EUROPA provides us a global vision thanks to the keen eye of the artists who have been willing to show us their work.

Artists’ creativity and vision of the world keep us informed about trends that develop in Europe, the place where we want to belong to, but also in the rest of the world, which is gradually becoming more and more globalized.

We would like to thank once more these artists for providing such insight into these realities and illusions resulting from their creativity. Without them, this Salon could not have existed.

We also want to thank them for helping us consolidate this new stage of the Salon by maintaining their trust in us.

This trust has given rise to a constant level of participation. We also want to highlight the quality of the work submitted.

We have received 3549 pieces of work from 290 authors from 50 different countries from around the world.